How I Used Metrics to Increase My Net Revenue by 300%

Using metrics and measurements for hiring practices and staff management impacted my income more than I thought possible.

After achieving a comfortable degree of success in my first 15 years of practice with my wife and partner, Amy, I realized that our growth was somewhat limited by our relative lack of business acumen. We were going through the right motions (holding office meetings, setting goals, paying attention to metrics), but we didn’t seem to be realizing the desired level of growth and profit. I began to suspect that we didn’t have the right people in the right positions and we didn’t give our team the direction and tools they needed to succeed.

Searching for some direction and guidance, I enrolled in an executive coaching program in 2017. As a result, I began adopting a CEO mindset and employing hiring techniques I was exposed to during this training. All of this laid the foundation for another growth phase in our practice. As unbelievable as it may sound, within weeks of making the changes I’ll outline below, net income was three times the previous monthly average. Even better, the increase in profitability has been sustainable, including throughout the pandemic.

Most ECPs are looking to hire applicants with experience in the medical field or at least an interest in starting a career in healthcare. One of the most surprising things I’ve learned is that this often leads to adding the wrong people to your team. When I started executive coaching, I was immediately impressed by the quality of the hires within their organization. A casual conversation with one of the senior people in the company revealed they never hired based on interviews alone.

Intrigued, I did a deep dive into how they hired and also looked at companies such as Four Seasons, Ritz Carlton and Disney. In short, I discovered that they all hired using assessments and determined what the candidates’ strengths and talents were. Once they found candidates who possessed the natural strengths and talents that the position required, they ranked the best ones and brought the top 2 or 3 in for interviews. Before the interview started, they were already certain the candidate could do the job!

This process is diametrically opposed to that used in most optometry practices. It begins with a wide pool of applicants and identifies those with the necessary skills and potential, rather than limiting those being considered to a small group with specific previous experience. In the end, the applicants possessing the right mix of aptitude and attitude become much better employees than those with previous experience.

I took what I learned from the hiring process of successful companies and started screening applicants using their methods, which include testing cognitive ability (speed of learning), hard-wired personality traits, etc. The results were immediate, measurable and impacted our gross/net incomes far more than I thought possible. Encouraged by the results, I began heavy research into this area and also found ways to automate the process. Subsequently, we launched a second business, Build My Team, to help other practice owners by providing similar benefits to their practices.

Our new hiring system casts such a wide net that we also found an experienced business advisor, Frank Tuffy, for our two businesses. Frank applied through our assessment process and we could tell by the results that we had come across someone who could help us tremendously.

PROVIDING OUR TEAM WITH THE TOOLS FOR SUCCESS

Having the right team in place is a big part of overall success, but if you don’t provide them with direction and the tools necessary to succeed, you will only receive part of the potential benefit. Metrics drive business success. Not only in the day-to-day running of the practice, but in the bigger picture that drives the future direction of the practice.

In order to move the needle in the right direction, the team needs to understand what every task that is performed provides with respect to patient care/satisfaction and practice success. Beyond that, they need direction, goals and boundaries. Emphasis needs to be placed on those tasks/services that are truly important. Once these foundations are in place, give your team ownership of their tasks and get out of their way rather than micro-managing.

In hindsight, prior to 2017 our staff meetings were not productive because the team had little understanding or control over the outcomes we were tracking at the time. With Frank’s help, lessons learned through executive coaching, and improved hiring, we now focus on meaningful performance  measures (Key Performance Indicators or KPIs) that each well-qualified team member owns individually. We task each team member with personally tracking the measures they own to obtain a better understanding of how what they do plays into the overall success of the practice.

Vast improvements in both practice culture and net income have resulted from changing what is being tracked, how it is tracked, providing the team ownership and instituting a profit-sharing model that rewards the team for the tasks they perform and the success of the practice. For instance, the person responsible for recalls tracks the relationship between the number of exams performed and successful recalls. Similarly, our opticians track sales of various lens options and realize how this impacts profitability in the optical.

The management team analyzes production daily. We share information and discuss process improvements at our weekly meeting with the entire staff. We don’t always discuss the detailed performance numbers with the team; they know the numbers already because they own the numbers themselves. Each month, team members have the opportunity to earn profit-sharing based on performance. Twice per year, we also share a comparison of our practice’s performance metrics versus other practices regionally and nationally with the team.

Empowering the team to own their individual tasks and measure the results of their performance gives them a sense of pride emanating from a clear understanding of how they contribute to the practice’s success. It provides both a feeling of ownership and the fulfillment that comes with seeing how they make a difference every day.

COVID AND THE HIRING PROCESS

While COVID has caused some fairly significant short-term impacts to the hiring process, the biggest impact, and one that may be here to stay, is the change in mindset about remote work. Bringing employees back into the brick-and-mortar workforce has been difficult and will continue to be difficult for the foreseeable future. This directly impacts the healthcare industry. That is why it is critical to identify the right candidates and provide them the tools they need for success. Employee retention is more important than ever before!

THE POWER OF BUSINESS KNOWLEDGE

After hitting something of a plateau in growth at year 15, our practice experienced a 300% increase in net profit in a very short time after implementing processes that: a) identified the right people to fill positions within our practice and b) gave them the tools they needed to succeed.

All this improvement began with the small, initial steps I took to deliberately improve my business skills and eventually resulted in this dramatic increase. What’s more, I found a business advisor and began a second business as a result of my efforts. As business owners, most ECPs decry their lack of business education, but too few invest in improving their business skills. After my experiences of the past 5 years, I encourage all ECPs to further their business knowledge – there’s a lot more potential in our business than most of us realize. 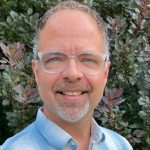 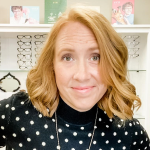 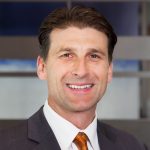 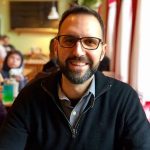 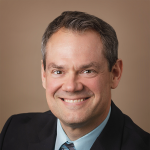